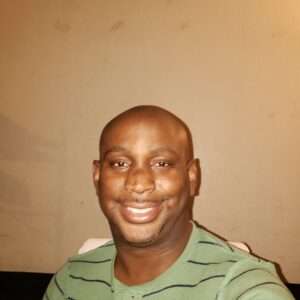 Robert Green – All Planned Out

Robert A. Green Jr is a passionate and talented Gospel Artist who considers his creations as “songs from my heart,” and people can listen to 50 gospel songs, 60 R&B songs, and instruments. He creates all these songs. During his first year of Junior High School, music took center stage for Robert. Being in music class at school, he gained an opportunity to sing, which he loved to do. Whenever his music teacher hears him sing, he received a lot of compliments because of his perfect pitch. As a result, he became more inspired to pursue his love for music. By the beginning of 9th grade, he joined his first boy band known as “New Creation.” Together with his bandmates, they performed all over Oakland, Ca, since they have moved there in the summer of 1983. They had an impromptu audition for the legendary R&B group “The Whispers,” and it was his most memorable experience with his bandmates. After his first year of high school, Robert asked his employer to help purchase his first keyboard. With that keyboard, he started writing songs and producing his own music. At first, it was very shaky, but he just kept at it. Over the years, he got a little better, and his family and friends are the first people to hear his music. “I’ve written to what I feel in my heart over the years, whether it be gospel or RnB. I’m a late bloomer, but I’m ready to share my talent with the masses. I want to inspire others around the world to follow their heart and dreams,” Robert says. As an independent gospel artist, Robert believes that there are no fast rules in achieving success, but there’s a lot to say about being a teachable and humble spirit. He knows that virtue isn’t only a virtue but an important ingredient when starting a career as an independent artist. About Robert A. Green, Jr.: Robert A. Green Jr. is an independent artist who was born on July 24, 1971, in the town of Little Rock Ark, but he was not raised there. He was raised in a small town, which is one of the twin cities by the name of Helena/West Helena. The small town is about 144 miles of Little Rock. He grew up listening to music in the home and church. Like a lot of American families, he and his family often go to church. He considers his childhood to be happy as it was full of music.