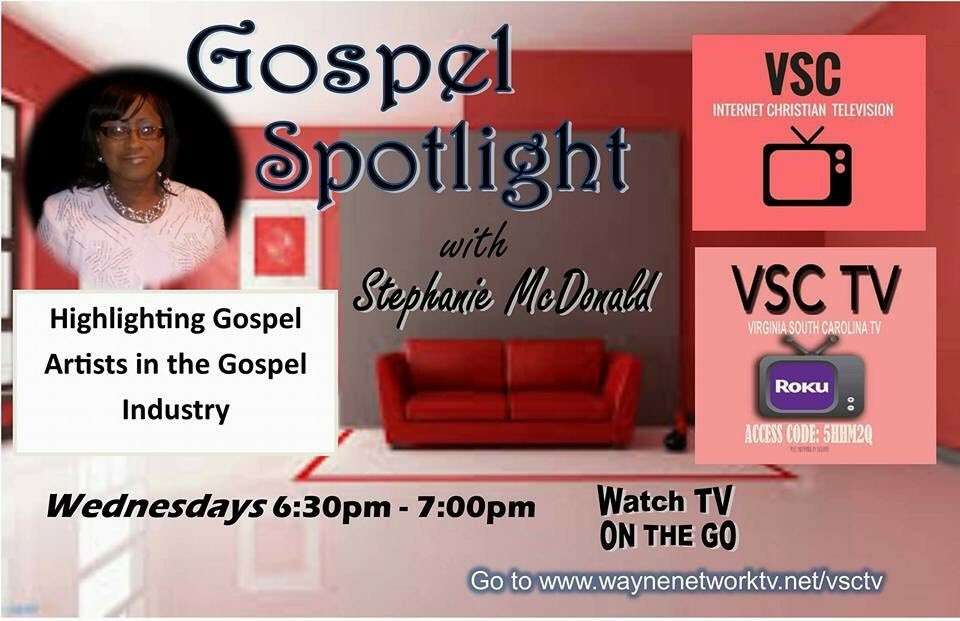 Stephanie McDonald was born to the late Russell & Elizabeth Williams on September 26 1973. She is the youngest of 10 children. She is proud mother to Andre & Trequan McDonald and Maurice Williams. Baptize at an early age at Venture Grove Baptist Church in Bracey, VA. Stephanie started conducting fundraisers at her church that’s also were she started doing gospel programs for individuals. Her first gospel program was a fundraiser for the graduates of ministry school. . She raised a lot of a record-breaking amount of capital for being a freshman promoter during that time. Stephanie acquired her first artist in gospel promoting which was Tonia Simmons. Tonia recorded one CD and is a winning artist of her time. She won Female Vocalist of Year at the Anjelica Music Awards. Other artists Stephanie promoted was Anissa Small, Marvin Harris & Inner Peace, Leroy Greene & Roadway QCs, and many others.

Stephanie has been nominated for Promoter of the Year at Anjelica Awards two years in a row in 2012 and 2013. She was nominated for a Rhythm of Gospel Award in 2013 also for Marketing/ Promotions Group of the Year for S& M Productions. Some of the artists Stephanie have brought to the area are Jay Caldwell & Ambassadors, Loving Sisters, The Bells of Joy, Spencer Taylor & Highway QCs, Min Ricky McDuffie & Family, SW Washington & Favor, and others. Stephanie wanted to do radio.

Stephanie is CEO/ Founder of S&M Gospel Indie Awards and S&M Gospel Awards. She was nominated several more times at various other award shows. Stephanie was honored at 2017 Rhythm of Gospel Awards for Women of Virtue for being a strong woman in the gospel industry wearing a lot of hats. Stephanie was awarded 2017 Internet Station of Year at The Newsome Awards for VSC Radio. Stephanie still books and promotes for artists still such as SW Washington and Favor, Rev R L Bush& Revived Sons, Divine of Annapolis, The Legendary Supreme Angels and others.

Stephanie now has her own Tv show on VSC TV called The Gospel Spotlight with Stephanie McDonald which airs at 630pm to 7pm . Stephanie highlights gospel quartet artists. Stephanie is executive producer of her show also. Stephanie loves what she does look forward in the future to me you as well. Do you need promotion or want to get into the internet industry be sure to contact Ms. Stephanie Today!