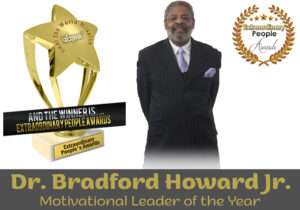 I am Dr. Bradford Howard Jr. of Doc Entertainment Group p o box 353 Windsor Ct. 06095 & at Website  bradgreatgospel.net  Dr. Bradford Howard Jr. is a Windsor Ct. Senior Citizen & 1970 St. Aug. Falcon. He is also a Songwriter/ Artist, Promoter/  Media Consultant, Radio Personality, Internet Radio Owner & Tv Writer/ Producer. He has been recognized through many Awards, Plaques & Certificates. In  2020, He will be receiving the Living Legend Award at a Gospel Music Award Show. He has received the Extraordinary Person of the Year for 2015, 2016, 2017 & 2018. He has also received 3 Lifetime Awards in Ministry & 3 Media Awards, 2 Lifetime Music Awards,1 Tv Award & a Silver Award in Music. He has also had a Day named after him in Hartford Ct., Springfield Mass. & one in California. He has also received Awards as a  Humanitarian & Advocate, Who assisted many from Our very Diverse Communities from the City of Hartford Ct. & the State of Ct. For more info. He can be reached at email bradgreatgospel@yahoo.com & at Dr Bradford Howard Jr. | ReverbNation